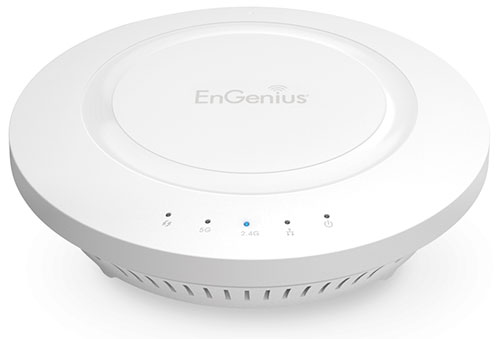 Sorry, this product is no longer available, please contact us for a replacement.

Achieving the latest 802.11ac speeds and superior, super fast 5 GHz performance, the EAP1200H yields up to 867 Mbps data rates on the 5 GHz band and up to 300 Mbps speeds on the 2.4 GHz band supporting the newest laptops, tablets and cell phones at speeds nearly 2Xs faster than previous wireless standards.

The EnGenius EAP1200H leverages the accelerated speed and performance of 802.11ac laptops and other devices ensuring smooth, rapid wireless HD video streaming and large file transfers. This AP features speeds up to 867 Mbps on the 5 GHz band, when associated with AC client devices, and up to 300 Mbps on the 2.4 GHz band. Its Dual-Band feature expands user capacity, and like a traffic cop, Band Steering automatically directs Dual-Band clients to the less congested 5 GHz frequency, maximizing efficiency and network performance to a large number of clients simultaneously.

Create and configure up to eight (8) separate wireless networks per frequency band for a total of 16 SSIDs. Utilizing SSID-toVLAN tagging (802.11q) can help increase security, network reliability and conserve bandwidth by limiting who has access to connect. Secured Guest Network Option Establish and secure Guest Networks and control access to company computers and servers. Limit Internet resources available to visiting customers, clients and vendors and ensure your company network and servers are kept secure from sophisticated Trojans and malware that can use guest’s mobile devices to attack your network.

Its award-winning, low-profile design blends nicely with other common building appliances, making it perfect for settings where room aesthetics or a more discrete ceiling placement is desired. Because the EAP1200H is designed for deployments on ceilings, where power outlets may be scarce, it can be powered via Power-over-Ethernet (PoE) from an 802.3atrated Switch or used with the EnGenius Gigabit PoE Injector EPE-4818G 802.3at-capable PoE Injector.

When used with a RADIUS server, the EAP1200H’s Fast Roaming feature supports PMKSA that distributes and caches a designated WPA/WPA2- Enterprise encryption key to neighboring EAP Access Points. Together with the Fast Handover feature, the AP automatically initiates a secure client transfer from one EAP Access Point to the next nearest AP with a stronger signal, keeping clients continuously and seamlessly connected to the network.

Easily configure the EAP1200H as an Access Point or WDS AP or WDS Bridge based on user needs in each frequency band. This allows multiple operation combinations on a single device to address specific deployment requirements.

For simplified Wireless AP monitoring and sequential firmware upgrades after deployment, IT managers can download the free the SNMP-based EZ Controller software for Windows, Mac OSX and Linux. Since software is not required, set up and configuration is completed quickly through the 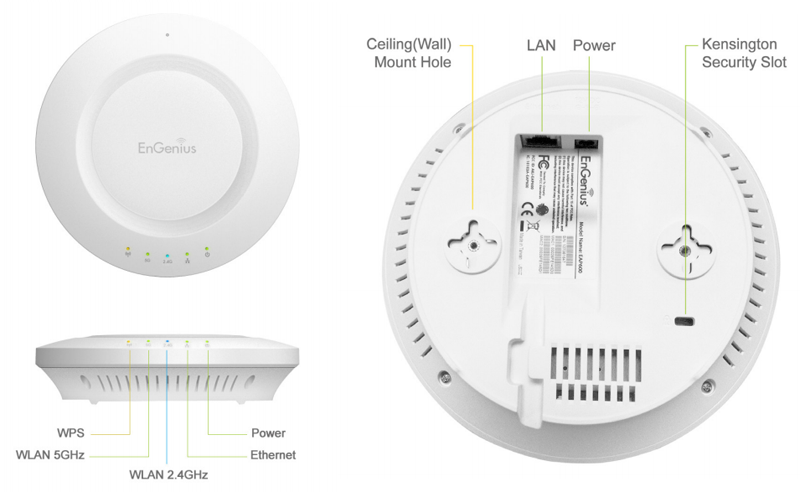 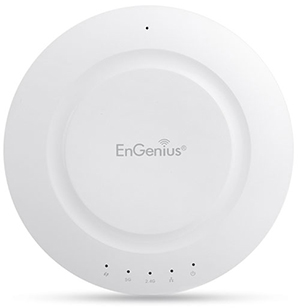 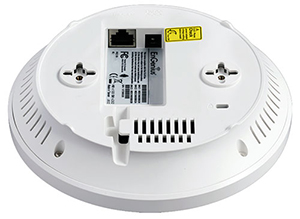